3 November 2011; Nottingham, UK: Copley Scientific, a successful Nottinghamshire company that supplies test equipment to pharmaceutical companies across the globe , is taking a keen interest in activities much closer to home, signing a sponsorship agreement with local under 13’s soccer side Edwalton Cavaliers.

The Cavaliers, who currently play in the second division of the Young Elizabethan Football League, hope to rapidly climb the league table and buoyed by their new sponsorship deal are in good spirits in the early stages of the 2011/2012 season.

“Copley Scientific began in Nottingham more than 60 years ago,” reflects Operations Manager Paul Goddard. “Success in today’s market demands a global focus but we are rooted in the local community and it remains very important to us. When the chance to sponsor Edwalton Football Club arose, we had no hesitation in helping. You never know, we may find the next Wayne Rooney or David Beckham or even another Wes Morgan”.

Whilst playing the ‘beautiful game’, the youngsters also learn valuable life skills, via organisations such as ‘Kick It Out’ , which promotes communities of all races, cultures and religious beliefs playing football together (www.kickitout.org), and ‘Respect’ which teaches young players to create and compete in a fair, safe and enjoyable environment. (www.thefa.com/RESPECT)

“I am delighted that there are organisations that teach children not only how to play football correctly but also how to respect and appreciate others, guiding them into adulthood” said Paul “ Copley Scientific is proud to be a supporter of fair play and a sponsor of Edwalton Cavaliers”.

Copley Scientific is recognised as the world’s leading manufacturer and supplier of inhaler test equipment and is a major provider of testing systems for other pharmaceutical dosage forms. The company is also active in detergent testing, air sampling and aerosol characterisation. www.copleyscientific.com 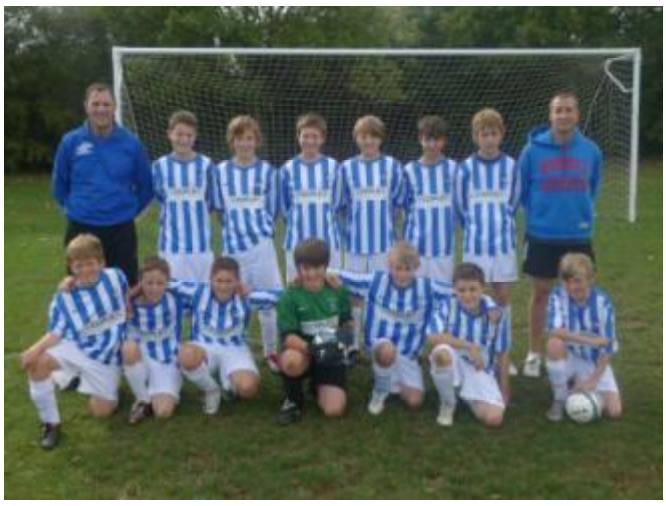