The new BAC™ 2100, which replaces its predecessor, the BAC™ 2000, provides flow control for a range of MDI applications, including a time delay feature for the actuation of MDIs when used with spacers and valved holding chambers (VHCs) according to new USP Chapter <1602>. It can also be used for flow volume control when testing regular MDIs according to USP Chapter <601> and for the automatic actuation of breath-actuated MDIs. Advanced features include a fully automated in situ cascade impactor leak testing function and extensive data reporting capabilities, with the choice of outputting data to a printer or computer. Test duration is calculated automatically from the required flow volume – typically 2 litres in the case of MDIs – based on the measured flow rate, derived from a connected flow meter. The menu system has further been enhanced to guide the user through the required steps to ensure consistency and error-free completion of the test method.

As an optional accessory to the BAC™ 2100, a new MDI Actuation Sensor has been made available; a discrete device that clips onto the MDI canister, it senses the manual actuation of the MDI and precisely triggers the BAC™ 2100 for subsequent time delay and/or flow volume control, simplifying testing for the user and enhancing reproducibility of testing.

“After the successful launch of our new TPK™ 2100 we identified the value of transferring much of the technology across to MDIs, where recent additions to the USP chapters relating to MDIs call for a range of parameters to be controlled and monitored, like for DPIs. This need led us to the creation of BAC™ 2100 which has been designed specifically for assisting analysts to perform MDI testing in a consistent and reproducible manner, but also eases the process of moving a drug application forward by satisfying regulators with robust data reporting functions. We can see the BAC™ 2100 becoming the new benchmark for MDI testing.”

In addition to the launch of the new BAC™ 2100, a new BAC™ 2100-R is being released in parallel. This is a modified version where the flow inlet and outlets are reversed to allow for different arrangements of the test equipment to be located on the laboratory bench.

To find out more about the BAC™ 2100, contact: sales@copleyscientific.co.uk 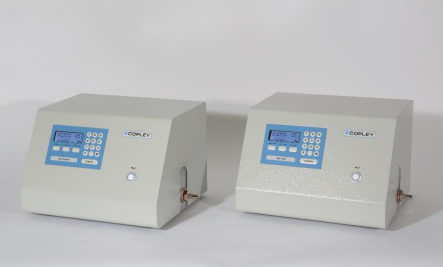 Copley Scientific is recognised as the world’s leading manufacturer and supplier of inhaler test equipment and is a major provider of testing systems for other pharmaceutical dosage forms. The company is also active in detergent testing. Copley Scientific’s pharmaceutical product range includes test equipment for delivered dose uniformity and aerodynamic particle size measurement of metered-dose inhalers, dry powder inhalers, nebulizers and nasal sprays; as well as tablets (dissolution, disintegration, friability and hardness) capsules, powders, suppositories, semisolids and transdermals. Copley Scientific has offices in the UK and Switzerland and works in partnership with aerosol particle science experts MSP Corporation in North America. Serving the pharmaceutical and detergent industries, Copley Scientific offers an extensive range of equipment for research, development and quality control, as well as full validation and aftersales services. This broad range of products is supplied and supported worldwide through a network of specialist distributors.