30 January 2013; Nottingham, UK: Nottingham-based scientific instruments company Copley Scientific are celebrating the second consecutive winning season of Nottinghamshire’s Edwalton Cavaliers Under 14’s, the local football team it sponsors. Undefeated throughout the season the team has just triumphed as champions of the Nottinghamshire Under 14’s Saturday Division 2B, part of the Young Elizabethan Football League.

“After winning the Saturday Trophy Final last season, the Cavaliers have gone from strength to strength – winning their league is a great achievement,” said Copley Scientific’s Sales Director, Mark Copley. “As an active person myself I know how much benefit and balance sport can brings to a busy daily life. It’s great to see these teenagers gaining from all the good things that football has to offer – teamwork, physical fitness and a sense of pride in a well-played match, especially when you win. We’re delighted to be sponsoring them and wish them luck as they move up into the next league.” The Edwalton Cavaliers Under 14’s are looking forward to receiving their championship trophy at Nottingham’s Royal Concert Hall on Sunday 10 February 2013.

Copley Scientific was founded in Nottingham in 1946 by Frank Copley, to manufacture and supply laboratory equipment and glassware to the local pharmaceutical industry. Over the intervening decades the company has flourished and it is now the world’s leading manufacturer and supplier of inhaler test equipment and a major provider of testing systems for other pharmaceutical dosage forms. Despite global success company headquarters remain in the city and the business retains strong links with the surrounding communities. www.copleyscientific.com 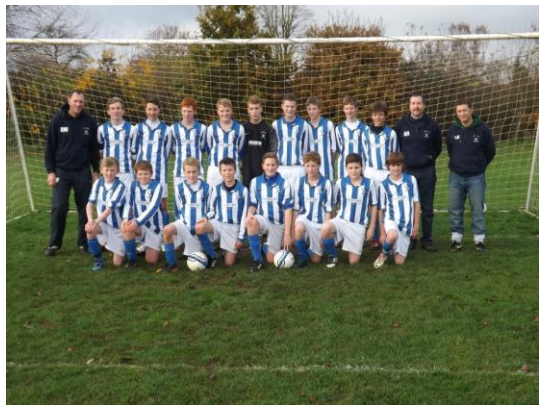