Nebulisers convert liquids into a cloud of droplets suitable for respiration. Conventional nebulisers are widely used in both hospital and home. Their main advantage is that unlike other devices, they require little or no coordination on the part of the patient in order to use them.

In 2006, the European Medicines Agency (EMA) issued a new “Guideline on the Pharmaceutical Quality of Inhalation and Nasal Products” in which they included regulatory guidance on the drug aspects of nebulisers on the grounds that the safety and efficacy of nebulisers are dependent on the nebuliser/drug combination and not just on the nebuliser alone.

As results published in 2004 indicated, the NGI could be used to meet the requirements of the future standard using a system as indicated below.

The Gentle Rocker, is a simple, economical device...

The NGI Assistant is a labour-saving device that...

How Does a Cascade Impactor Work? 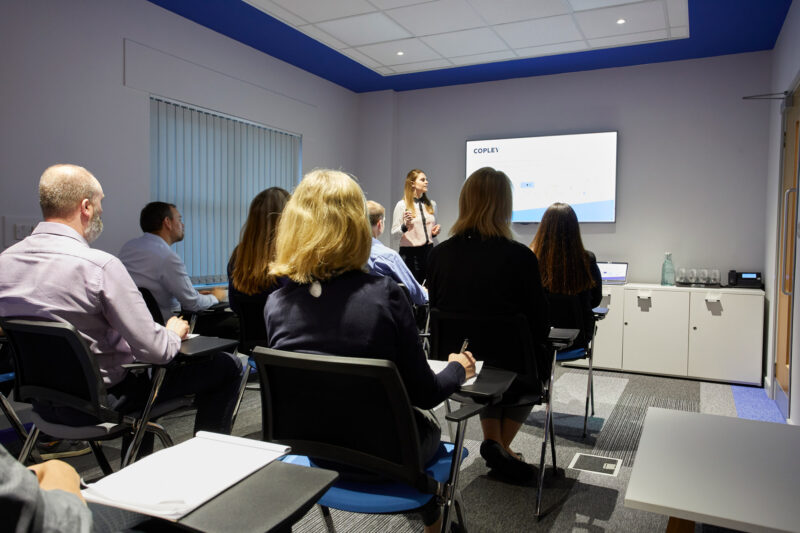 We offer a range of training courses, presentations and seminars covering a wide range of topics....

A comprehensive range of both in-house and on-site product servicing options are available... 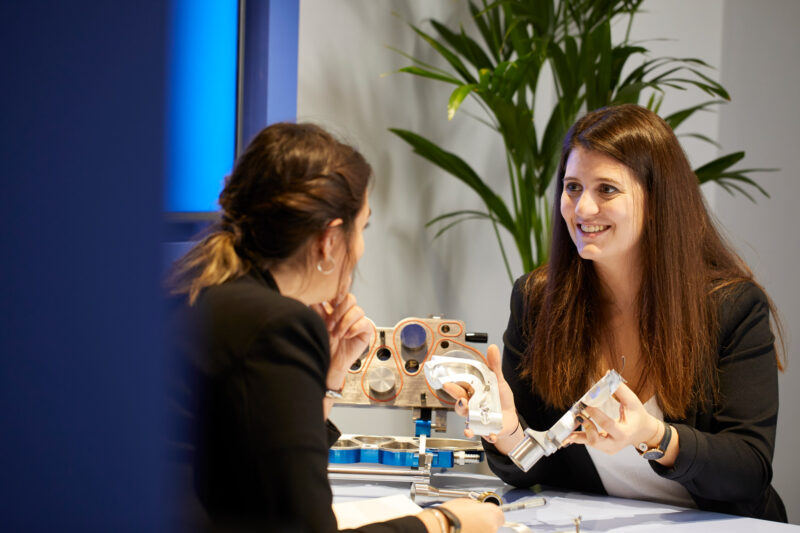 Our team of experienced technicians and engineers are on hand to help and advise ... 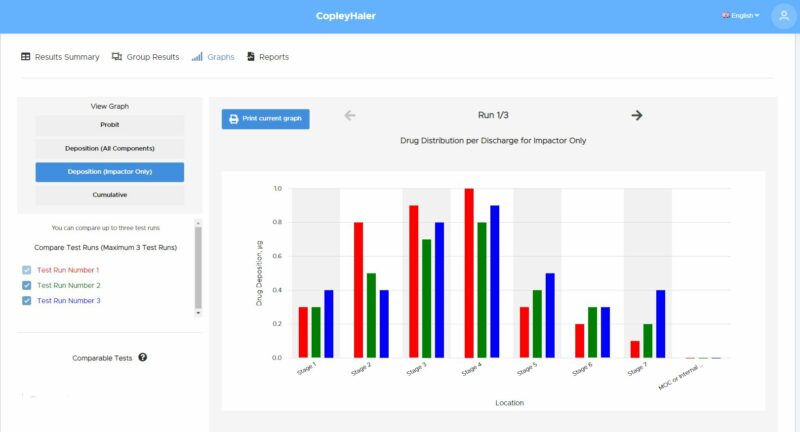 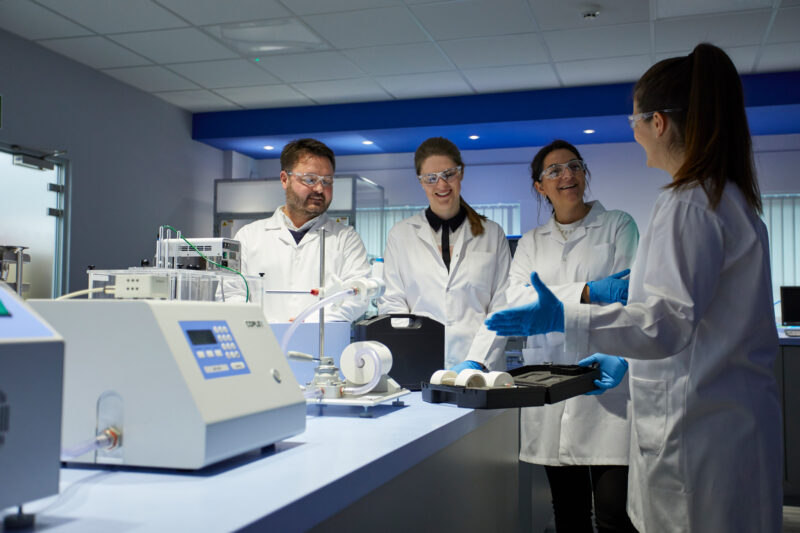 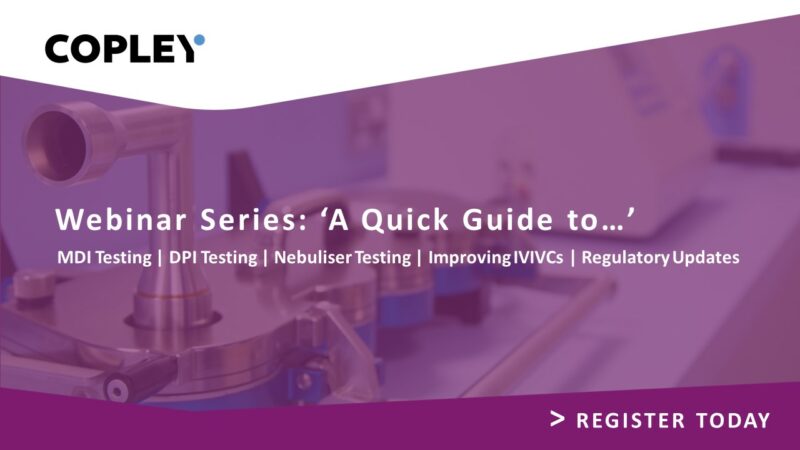 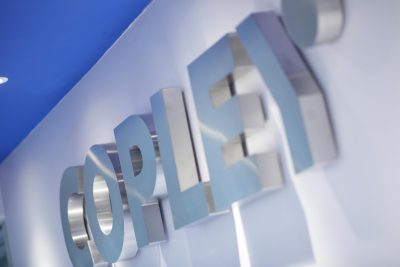 28 February 2018; Nottingham, UK: Copley Scientific, a global leader in the design and manufactur... 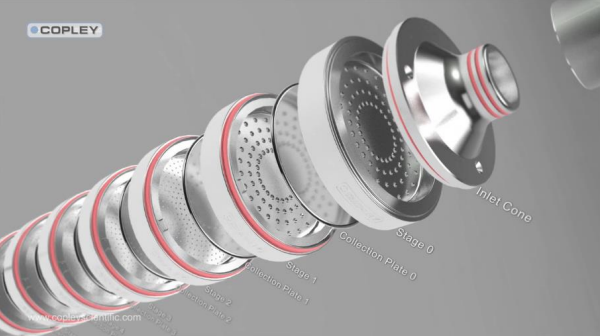 Confused about cascade impaction? Watch the new animations from Copley Scientific to improve your understanding of inhaled drug product testing. 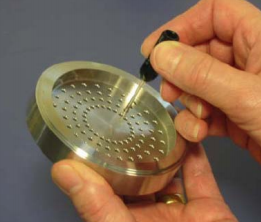 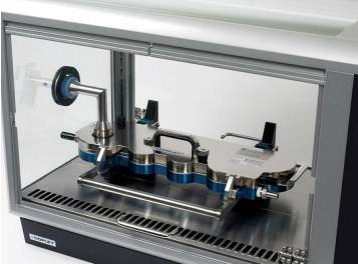 29 April 2009; Nottingham, UK: The new NGI Cooler from Copley Scientific is a practical, easy to ... 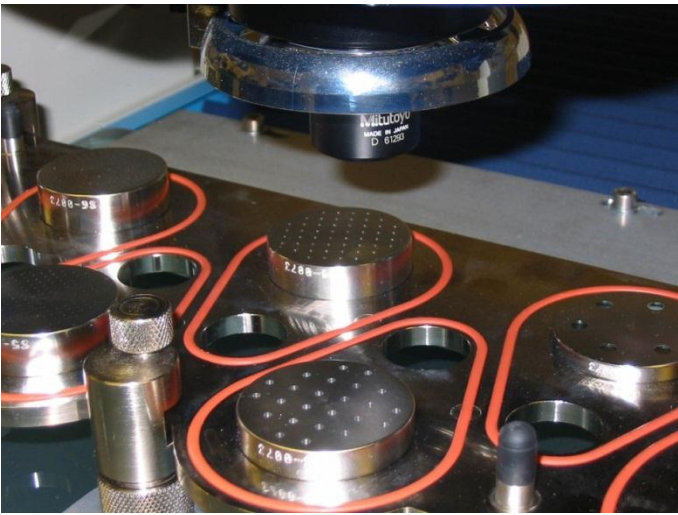 24 July 2007; Nottingham, UK: The accuracy of cascade impactors used in the pharmaceutical indust... 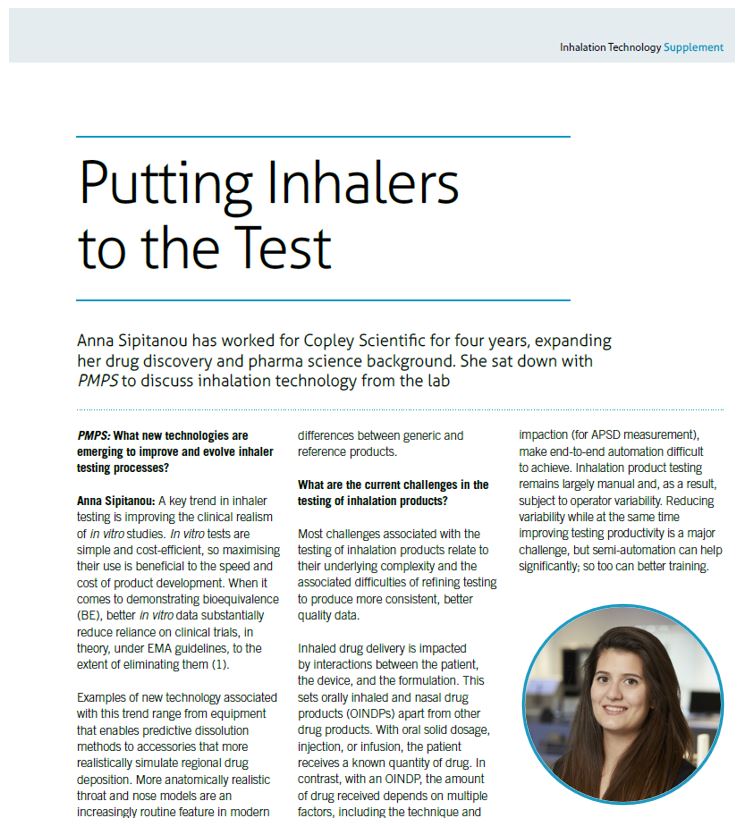 Putting Inhalers to the Test... 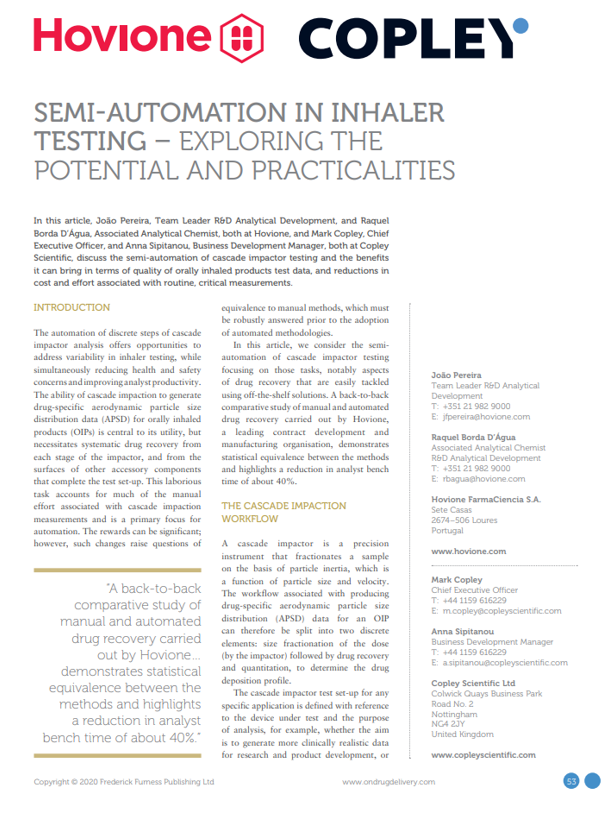 Semi-Automation in Inhaler Testing – Exploring the Potential and Practicalities... 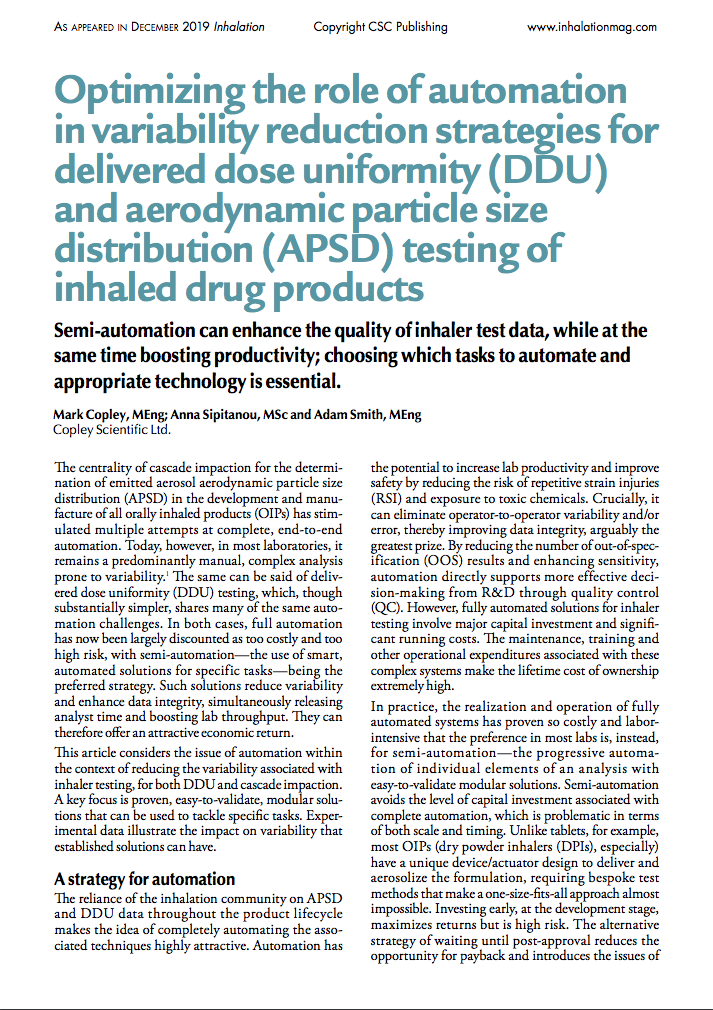 Optimizing the role of automation in variability reduction strategies for delivered dose uniformi... 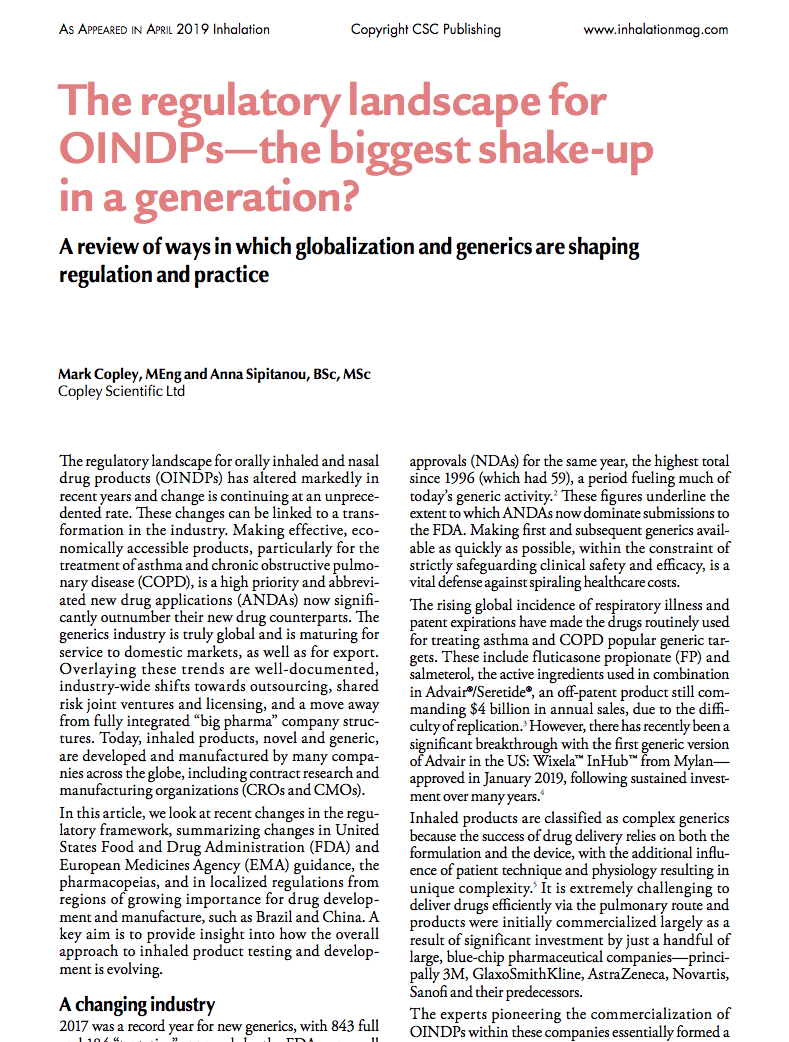 The regulatory landscape for OINDPs – the biggest shake-up in a generation?... 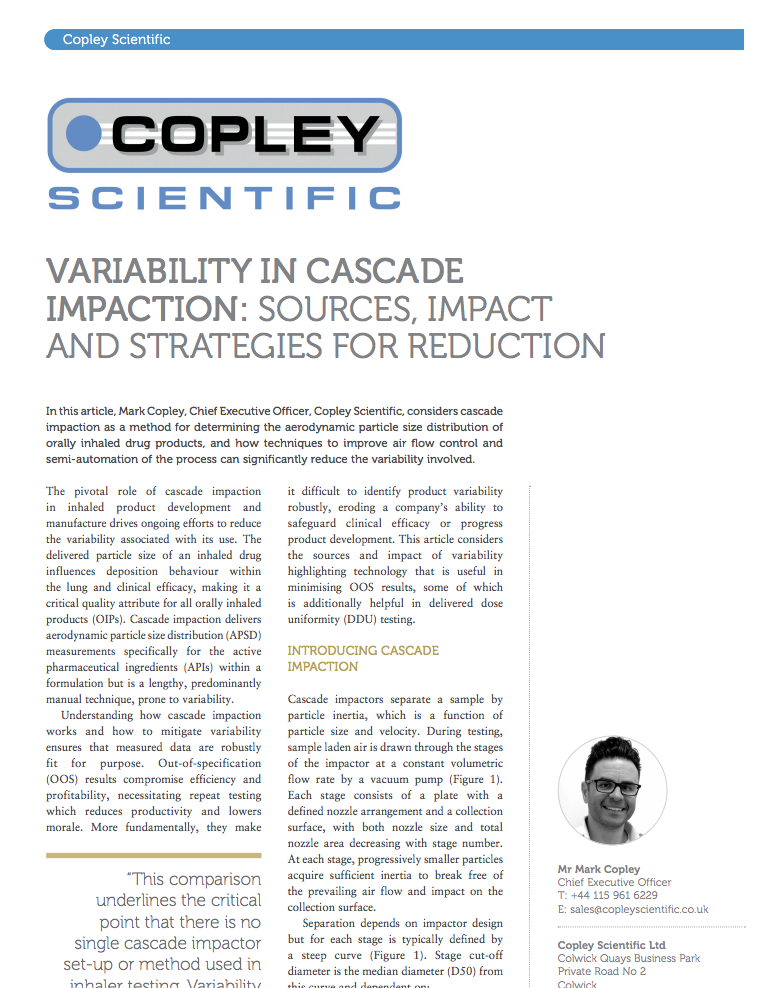 Variability in cascade impaction: sources, impact and strategies for reduction... 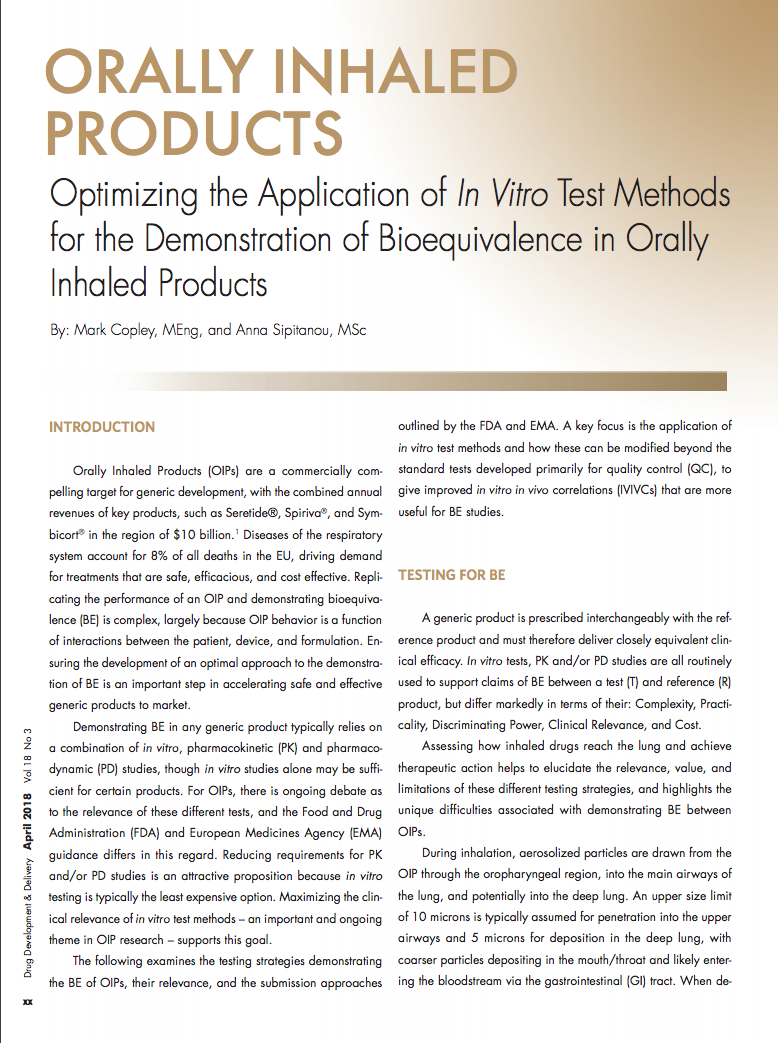 Optimizing the Application of In Vitro Test Methods for the Demonstration of Bioequivalence in Or... 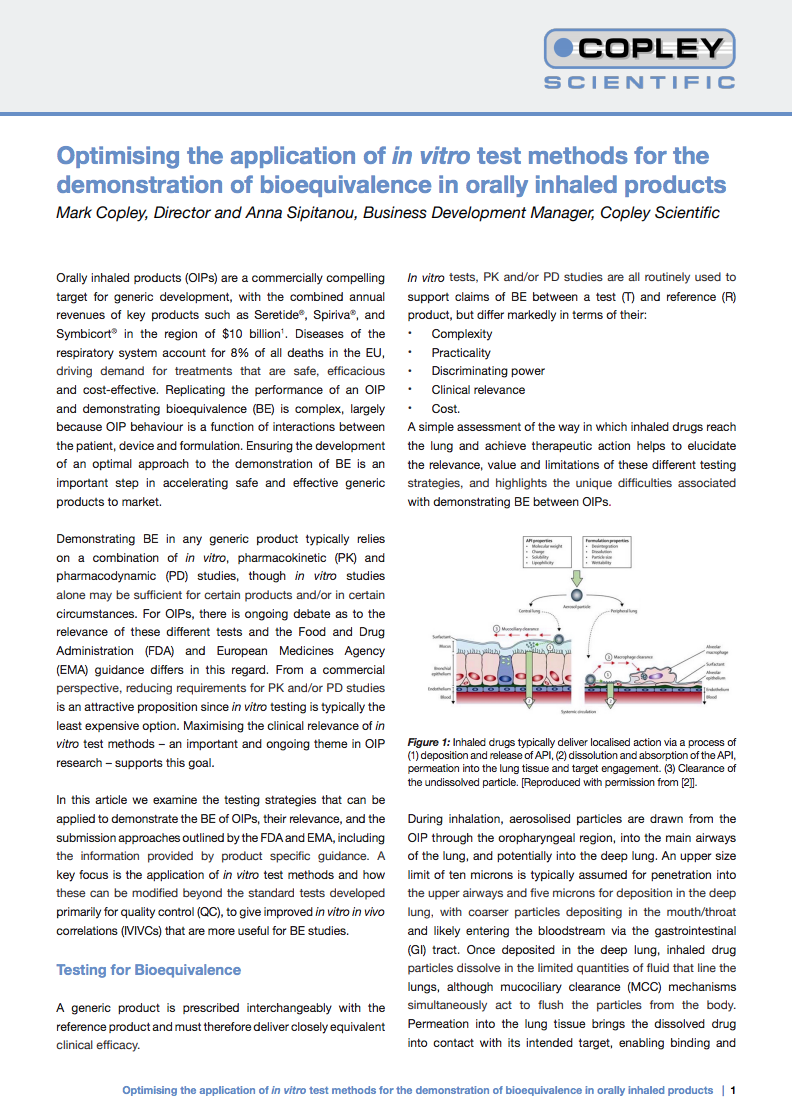 Optimising the application of in vitro test methods for the demonstration of BE in OIPs...

Have a question? Our friendly and experienced team are here to help.

Any cookies that may not be particularly necessary for the website to function and is used specifically to collect user personal data via analytics, ads, other embedded contents are termed as non-necessary cookies. It is mandatory to procure user consent prior to running these cookies on your website.